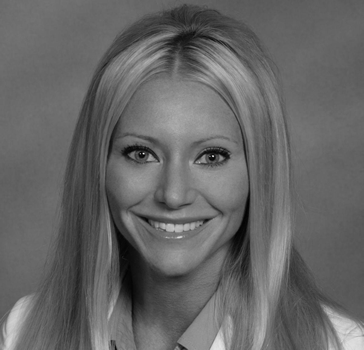 Carey Torrice was born and raised in Detroit, MI. Carey married Michael Torrice at a Fairytale wedding in Disney World in 2006.

Dancing, singing and performing since age 5. Carey was bit by the acting bug while on a trip to Disney World at age 17. While on the “Great Movie Ride” Torrice discovered the movie “Casablanca”.

Her Father was a Vietnam Veteran and buried in Arlington National Cemetery. Her Mother fought Ovarian Cancer for 16 years.

Her Uncle Leo Fenn (Father of Sherilyn Fenn) was the manager of such bands as The Pleasure Seekers (the all-girl band formed by the Quatro sisters), Alice Cooper, and The Billion Dollar Babies. Leo Fenn took Carey under his wing and helped shape her career. “It’s something you were born into and it’s in your blood. Go for it.” -Leo Fenn

Carey Torrice began as a spokes-model and Narrator for Detroit’s Own Chrysler motor company. Following in the footsteps of her Aunt Bonnie “Miss Chevrolet 1954”.

Torrice was diagnosed with Rheumatoid Arthritis when she was 5 years old. She is now a spokes-model for the famous Mt. Clemens Mineral Baths. In the 1870s, mineral baths brought international fame to Mount Clemens. The City took on the aura of “bath city.” hotels and bath houses sprang up. The curative baths attracted the likes of Babe Ruth, Mae West, Clark Gable and Jean Harlow.

Carey stays in shape by practicing Judo regularly. Her Father taught her Judo at a young age. Torrice received a black belt from the World Speed Brick Breaking Association. She is also a Member of the NRA and is trained in firearms.

The former Miss Teen Detroit, model, actress and licensed private investigator attracted fans from far outside her county when she was voted America’s sexiest politician in 2007. Since then, her website has received more than four million visitors. Torrice was elected in 2006 to the Macomb County Board of Commissioners. She was re-elected to a second term in 2008. During her time in office, Torrice served as the Chairperson of the Public Services Committee and as Chairperson of the Veterans Services Committee.

Carey Torrice, is alternately known as the hottest politician in America and the most controversial county commissioner in Macomb County history. Carey has a long list of accomplishments during her four years on the Commission. However, there are a few that stand out, due to the fact that they were deemed impossible.

Veterans issues are very close to Carey’s heart. In 2008, she was able to spearhead and fight for the Veterans Mileage to pass. These additional funds helped aid veterans with benefit requests and financial hardships. But the best part is that it only cost the residents $2 per year.

Carey Torrice and her Husband, Michael, own Eye Spy Detective Agency. Carey appeared on Holly’s World with E! Television network, The Maury Povich show and many more media outlets as an expert Private Eye. Torrice has starred in over 100 commercials and movies, as well as on the Soap Opera “The Guiding Light”. Carey is a professional actress and card carrying member of the Screen Actors Guild (SAG).

Carey Torrice and Eye Spy Detective Agency have become known as “The Private Eyes to the Stars.”